As we're about to head into another voting period in British Columbia, I wonder how long it will be until we see electoral reform. Since I've been legally able to vote (almost 20 years now),  I've seen a large number of Canadians choose not to take part in the election process.  Many Canadians are disenfranchised by the voting system and choose not to vote out of the  belief that this non-action will lead to reform of the election process.  This reform has not occurred, and as such I am writing today with a suggestion.

In British Columbia in 2005, a Citizen's assembly was formed with a goal of inform citizens of many topics, including alternatives to the first past the post (FPTP) voting system we have now. After spending the time to inform a few select citizens of how the current voting systems works, and a few alternatives, these select citizens got to vote on their preferred method of voting.  The understanding was that if an alternative was chosen, it would become the new standard. Instead of accepting the current FPTP system, these citizens instead voted for proportional representation; specifically 58% voted for a single transferable voting (STV) system and  a majority support in 77 of 79 electoral districts, which was unprecedented. Of course 60% was the required approval rating, higher than anything else in history of the region, so it didn't pass. ElectionsBC agreed to hold another referendum in 2009, when it would be blatantly obvious voters wouldn't even know what STV is.

So where are we today?

Elections BC mandates states their number one goal is to "Ensure ongoing support and enhancement of the electoral process," yet I've not yet seen any electoral form that will increase voter turn out. Let's take a look at the 2009 report [pdf] which states that 55.14% of registered voters voted, yet only and estimated 92% of estimated eligible voters registered. If your career was based on building a bridge, or saving a life, these results would not be acceptable. I see no reason why Elections BC is showing such complacency in protecting the values of democracy by providing a system that does not allow voters to demonstrate they are unhappy with the current process. 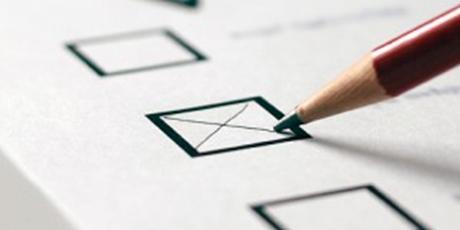 An option to request a change in process[/caption]

I propose two options be presented to voters on every voting ballot moving forward:

1) There are no candidates I can vote confidently in   []

2) I can not confidently participate in this electoral process, and would vote for electoral reform []

As of right now ElectionsBC has nothing more than a guess as to why voters aren't voting or spoiling their ballot. How can ElectionsBC differentiate between a spoiled ballot and the desire of registered voters to find alternatives to what they determine as a broken system currently?  There should always be an option to demonstrate change is needed in a democratic electoral voting system. I hypothesize if these two options were added to the ballot, a majority of eligible voters will register, and vote.

p.s. Please send this on to your federal counterparts, the same applies.