I have a few friends who are serious mushroom pickers on Vancouver island, who are very busy, as this is the season. I've been spoiled, I must have eaten a dozen chanterelle based meals in the last month. The other day I noticed two really beautiful mushrooms drying: 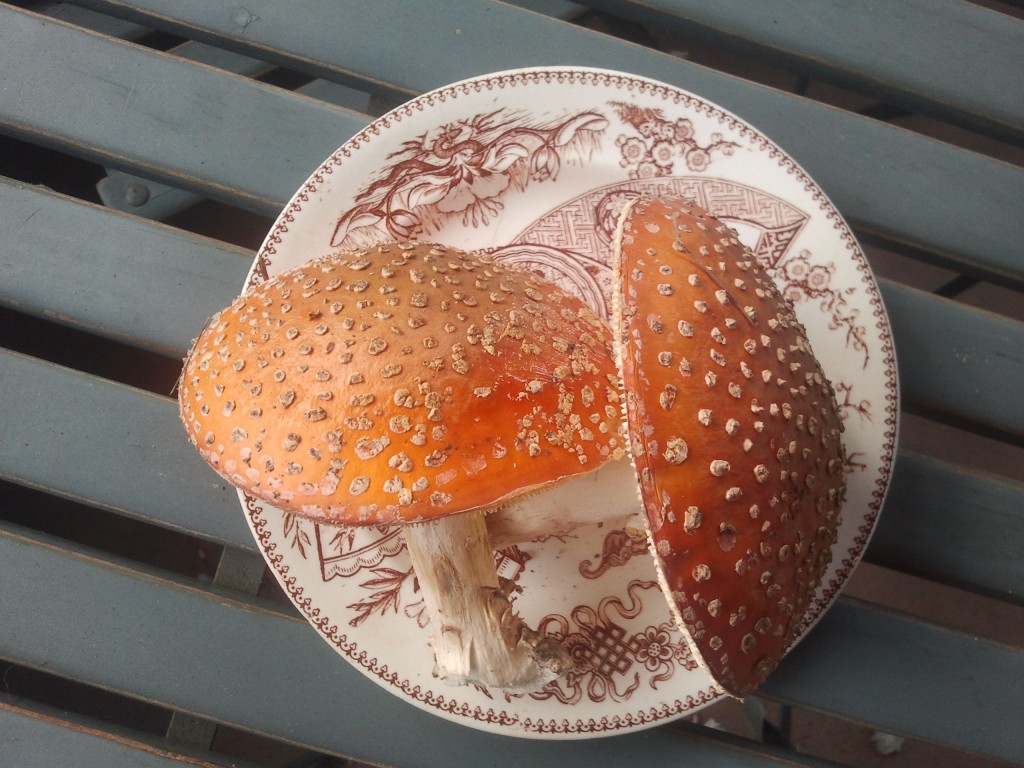 A little bit of research shows me that the world's most familiar looking toadstool is officially named Amanita Muscaria. Now I've heard of hallucinogenic mushrooms before, but I thought they all were based off Psilocybin. Anyway, this has taken me to all kinds of interesting places researching these locally found mushrooms, but the most interesting discovery was today, when I learned that apparently these mushrooms are why we have Christmas!?

Between watching a video by a local mushroom expert, Eric Whitehead, and reading the details on Cannibis Culture, here are a couple interesting facts:

Now to highlight how the Amanita Muscaria is the real reason we have Christmas:

Regardless, I hope we can all agree it should be a little less about consumerism and a little more about friends and family... Happy holidays!

As a footnote regarding the mind altering properties of these mushrooms:

These mushrooms can effectively be called drugs, I don't condone or recommending eating these. If you do, first please do your research. This includes all of the drug related information from Erowid on Amanita Muscaria, as well as your local library, and after talking to your doctor and local mushroom experts who've verified what you're about to eat isn't poison, like the white Death Cap (Amanita phalloides). Unlike psilocybin, a tryptamine, the muscimol found in these mushrooms is a potent, selective agonist of the GABAA receptor; this means it's a more of a dissociative than a psychedelic experience.